How do men define themselves in these modern times? 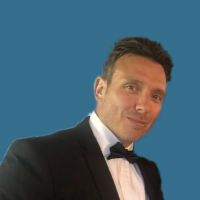 How do men define themselves in these modern…

I for one am pleased to see women finding their rightful place in society and getting what they rightfully deserve, step by step. Yes there are the very small minority that will spoil it for the many by making false claims etc. but generally on the whole our society is actually moving in the right direction and more power to the women that are leading this charge.

What about the men though? Who is leading their charge? And why should we, they have had it far to good for far to long, right? The problem with this mindset is that it will have negative consequences on all of society in the future. Already we are starting to see cracks as there is no real structure to how men in particular conduct themselves and if necessary take a lead in certain situations.

However you may wish to portray the world it is and has been a certain way for a very long time. So does this mean we should all go back into the caves and not progress? Of course not but at the same time it would be foolish to simply ignore the evolution of man over the millenia and not take these real facts into account if you want to progress in a suitable and condusive manner.

Biologically there is no denying men have much greater levels of testosterone than women do and this causes certain manifestations in mannersims and personalities. Of course there are outliers in any given society but in general more than 99% of the population this is true.

It is partly mens own fault for the state of affairs we have at the moment and that all stems from the ‘Lad culture’. For many years it was ‘funny’ and fashionable for men to be ‘lads’ and have a jolly good old time drinking far too much alcohol, not being able to handle it and basically making complete fools out of themselves. And when ever there are actions there are also consequences. Because of this action, the word ‘manliness’ and ‘macho’ became synonymous with disgusting, immature behaviour and just plain foolishness.

This is not to mention the weak and feeble men in power that have apparently abused their power to have their way with women used as leverage to ruin or further their careers. Do not be confused with the fact that these men are merely biologically men, but physcologically are in no way to be considered as men. Not only should women be fighting and exposing thes emen, but other men should have courage and either expose these idiots or at least address them. And there in lies just one issue of the problem and that is there are far too many men that are just now willing to stand up and become true men when it is needed.

Now we live in a time where anything ‘manly’ is considered in the same vein as the idiotic lads of the past and weak individuals that need to force women to like them. Like with anything in life there needs to be a fine balance. If the current feministic movement goes too far one way it will and to some degree has already alienated people and therefore is detrimental to their own cause.

If you are a strong male individual it is difficult as you re classified as an ‘Alpha male’ who just wants his wife to be back in the kitchen and he can drag her hair to get her into bed and have his wicked way, which is so far from the truth that it should be funny but unfortunately due to it’s reality it isn’t.

Whatever happened to men just simply being Gentelmen? No need to be brash, have a nice reserved air of confidence about them, be strong when needed and yet be in the background and let his wife/partner lead when it is appropriate to do so.

Let’s be honest I bet if you spoke with most women, one on one and in private they would mostly want their ‘man’ to be strong, make necessary decisions, be fair and honest, listen to her and try to where best he can serve her. In fact studies show that women find it a complete turn off if men just let the women do all the decision making. That is not to say a man should order his partner/wife about, he should obviuolsy listen to the thoughts, opinions and concerns of his other half. And I bet if you said exactly what I just listed to any woman, she’d laugh and say ‘Where the bloody hell are you going to find a man like that?’

Good question, and why isn’t there more men like that? Men who are strong enough within themselves to acknowledge their wives and work towards making their home life, in fact their entire life the very best it can be for everyone around them. There is so much emphasis on being a better leader a better business person, but no real focus on building better people that have solid foundations and good decent principles.

My aim in life is to try and help men see that they all have these qualities within them already and that they all start everything that they do, whether it be in their own relationships, work environment or building their career to start from having set in stone, their own solid foundations and principles. Not Social Justice Warrior principles which are just top show and actually do more damage than good. But real solid principles on what is right and true. To elicit the age old art of chivalry and being Gentlemen.

This is not a dig at men on the whole it just doesn’t hurt to work towards being better. And if you’re not working towards be better in every aspect of your life, you are by default making excuses. You may be happy with who you are and where you are in life. But what about the people around you? Are you doing everything you possibly can for them? So it doesn’t matter if you are happy with yourself, you are in a society and you will have contact and relationships with all sorts of other people, so my point stands if you are not trying to be better you are making excuses, stop it and be better.

Start by being more self aware, and trying to understand yourself more. Start taking responsibilioty for all of your actions and understand why you do the things you do. Then you’ll see all the excuses you make on an everyday basis and that become part of who you are.

If you want to know more on how to change and be the very best version of you then we can meet and have a chat. My job is to get you to ask yourself those difficult wquestions that sometimes you may be avoiding. Am I this perfect Gentleman that will show you exactly how to be the perfect man? No. Is the simple asnwer to that, I am far from it, but guess what I give it a bloody good go and I try nearly 100%, 100% of the time, unfortunately this is as good as it gets.

And you? How good can you be? What is truly inside of you? Can you be just that much more?

It’s an interesting questions isn’t it? So what are you waiting for?

I help men awaken their inner hero. For executives wanting more from life. I provide you with the tools and techniques to fulfil your life ambitions and goals. To become the hero in your own…

Discipline is vital during a crisis

Become what you need to be now

Prepare for the worst and hope for the best - are you ready?

Out of a crisis comes heroes

The pursuit of your life purpose?

Let’s all stop with this Conspiracy craziness