Management Accounts – Part one in a series of three blogs 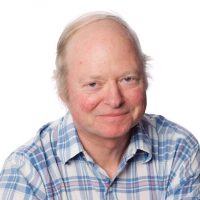 Management Accounts – Part one in a series…

×
Send Email
Save
What are they, why do so few businesses have any and what most businesses do


What are management accounts?


Everybody has heard of management accounts, so everybody knows what they are. Well no, it’s probably the opposite, so let’s start with some explanation. Management accounts are financial reports produced for the business owners and managers, generally monthly or quarterly, normally a Profit & Loss report and a Balance Sheet. In principle they are similar to Year End accounts but are less formal and personalised to the reader’s requirements.


Why do so few businesses have management accounts?


There is a mixture of reasons:

• thought to be too small (but are not)

• worried about the complexity

• another job to do – too busy


It’s fair to say that there will be some businesses that are truly too small or too simple to require detailed management accounts. However, they will still benefit from at least a basic, quarterly summary of some sort and comparison with previous periods. It’s a matter of opinion but arguably turnover of £100,000 is not too small to benefit from some detail.


What most businesses do and the result


The norm is that no management accounts are produced and never have been. Most businesses have insufficient systems in place to know their true financial performance – if they did then they would have a starting point, rather than just assumptions which are often wrong. For example, an Estate Agent with offices in three towns – when asked what the ranking of profitability was between the offices the two owners had no information. They put their heads together to estimate the ranking. In due course proper management accounts proved them completely wrong, yet they thought they were smart operators.


Typically, business measures its sales, knows its order book and might have an idea of the bank situation. But that’s about all. It doesn’t know its profitability or lack of it. It doesn’t know which parts of the business are better than others – it just guesses or perhaps not even that. It doesn’t know its overhead costs and doesn’t compare performance month to month with previous years. In short, it’s woefully short of even basic financial information. Some businesses worry about this, others don’t but it stands to reason that if it’s measured it can be improved. When all said and done that’s what it’s all about – the bottom line net profit.


The result is that the business under achieves profit or is taken by surprise because difficult circumstances can arise without warning, in particular shortage of cash and liquidity. Most businesses end up taking financial decisions in the dark and that can’t be a good thing. Without sound financial information the business is at risk of significant or serious underachievement in either profit or cash or both.


Another key effect of no accounts is the risk of overtrading – that is expanding sales too quickly so that the company runs out cash or working capital. In short, customers may not have paid before suppliers and staff demand their money. This is a very common reason for firms going bust and it’s usually a huge surprise to the business owners. Proper financial information would highlight this happening so that corrective action could be taken before it’s too late.


Even if management accounts are produced they may be failing to produce vital information e.g. a £4 million consultancy with 19 projects – the problem here was that although the overall picture of the business was measured there was no split between the projects so the company had no idea of the profitability and lacked any financial control of individual projects.

Management Accounts – Part three in a series of three blogs.

Management Accounts – Part two in a series of three blogs.