Procrastination - how to overcome it 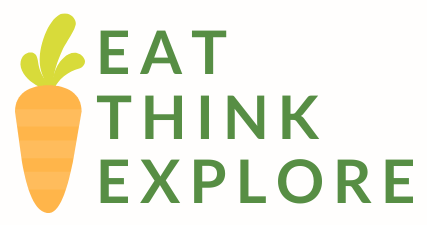 Procrastination - how to overcome it

Ah procrastination, the destroyer of so many good ideas and intentions.  It affects us all, causing us to put off doing things we know we should do, and even want to do!  Like not changing job, never quite getting around to learning a language, or not starting that new diet we planned to.

The definition of procrastination is ‘the action of delaying or postponing something’.  Also known as putting something off.  Finding something else to do instead, or coming up with a myriad of excuses as to why now is not the right time for this task.

How does this manifest?  Usually, when it’s a task which needs to be done soon, we end up faffing around, fiddling with things that don’t really need doing, finding something to keep us too busy to do the real task.  Surfing the internet, checking messages, heading for the snack cupboard.  Anything to not complete the task right now.

It can also come across as an inability to make a decision.

So why do we procrastinate?

As with many things that impact the way we operate, it’s all in our heads.  One of our brain’s ways of coping with things.  It’s a conflict between the prefrontal cortex and the amygdala.  The prefrontal cortex is a logical part of the brain, involved in self regulation and future planning.  The amygdala  is where our survival mechanism and emotional and fear processing reside.  If a task is unpleasant, the amygdala will motivate us emotionally to avoid it as it wants to move us away from things that threaten us.  It’s an evolutionary response to being hunted.  The prefrontal cortex has grown since then and developed, and now tries to get us to continue with the task, because the rewards are worth it.

Are there benefits to procrastinating?

Procrastination can mean we take the time to actually think things through, or prepare properly.  Even if we’re not aware of it, our minds can be working on the problem subconsciously so that when you do finally do it it’s easier.

If you’re procrastinating on a decision, this can be good as it stops you from jumping into a wrong decision.  You can collect more information and make the right informed decision later.

It’s also a way of prioritising tasks.  If done right and for the right reasons, it means we focus on the tasks that matter to us and put off the ones that don’t resonate or feel like they benefit us.

Because of the influence of the amygdala, fear is one of the most common reasons we procrastinate.  It often stems from our fears of failure and the feelings of shame and potential criticism or judgement from others.  These are our modern day lions.

Other types of fear include a fear of the result, perhaps success at the task could result in a total life change, or could mean that you get ahead but a friend gets left behind.  You could also fear the task itself, like a call with someone we dislike, or a conversation we know will likely end in confrontation.

All of these fears can prevent us from being able to complete tasks.  Taking procrastination from putting things off for a while, to never getting around to doing them.

How do we get things done?

When we are faced with a decision or a task, we use our drive (motivation) and self-control to get it done, especially if there is a reward for our efforts.  This is our prefrontal cortex at work.

So, is it just a lack of willpower which causes us to procrastinate, or is it about being intrinsically lazy?  Willpower is partly to blame, but we should remember that when there is no motivation, or if the reward cannot clearly be seen or is too far after the task, our willpower will have to work overtime to see us through.

This is made worse by demotivating factors, which can reverse our motivation and give us reasons for not wanting to complete a task.  This is where our fear of failure, anxiety and other negative emotions and feelings of self-doubt affect us.  Where our amygdala starts to try to overpower our prefrontal cortex.

This fight against your willpower can then be further exacerbated by fatigue from a busy or difficult day.

So our motivation and self-control must exceed the effects of the demotivating factors to get something done.

It’s worth noting that fear of failure is more of an issue for people with low self-esteem and low self-confidence, unsurprisingly, as it takes self-belief to be able to move into tackling some of these things head on.  Depression can also increase the chances of procrastination as you don’t have the mental energy to try and lack the motivation, which is why it can be so hard to take any positive steps needed to get out of it, even just going for a walk.

Other than that the task that is being procrastinated probably does need doing, and that many of the tasks we need to complete in order to be successful at life are not necessarily fun, there are other reasons why it’s not good to procrastinate.

Unfortunately, the task we’re procrastinating is often one that causes stress and anxiety because we’re worried about it.  So the longer it goes undone, the more stress it has caused.  And we can end up in a vicious cycle, as the anxiety from not doing it makes us more anxious about doing it and so we put it off again, increasing our anxiety about the task.

Avoiding tasks can also cause a sense of guilt and we can become frustrated with ourselves.  In some cases this can lead to low self-esteem and depression when we feel like we cannot accomplish anything.

Out of control procrastination is the route to poor mental health and self-image and to not achieving your life goals.

What do we need to do to overcome procrastination?

We need our self-control or willpower and our motivation levels to exceed the sum of the effects of the demotivating factors and any fatigue in order to get the task done.

We need to recognise when we are procrastinating and realise that it’s our emotional brain trying to control our actions out of fear or instant gratification.  Listen to your prefrontal cortex instead, that’s the part that’s thinking long term and seeing the big picture.

Let’s apply this to my favourite topic, diet change

This is a major area of procrastination for many of us when we’re starting the journey to healthy eating.  Let’s look at some of the main reasons:

So how can we stop putting off our change in diet?

There are many things that cause us to put off actually making the first steps to following through on our decision to eat better.

What we need to remember is that there’s never a right time, eventually you just have to stop procrastinating and stop saying you’re going to do something and actually do it!  Tune out the amygdala and its fears.  It may be imperfect, but some action is better than no action.

Healthy eating is about choices.  Make one better choice today and you are already on your way.  Just turn down one chocolate bar today, make a healthier swap, fit an extra portion of fruit or veggies into your day or get out for that walk you’re umming and aahing about and you have made a step in the right direction.  Just that one choice, don’t beat yourself up for not being able to make the right choices for every other aspect of your day.  You can’t change everything at once; your brain really won’t let you without a massive fight.

Moving to healthy eating can be easy and enjoyable if you don’t put too much on yourself.

Find some deep-rooted emotional motivations and get your amygdala working for you, set yourself some clear goals, split these into actionable steps with frequent milestones so you can see your progress and reward yourself for it.  This also makes each chunk seem much more achievable.

In the spirit of not procrastinating, I've started my Facebook Group today.  It may not be perfect yet, but it's a start!  So if you need some help to stop procrastinating your diet improvements come and join me in my new group, as I'll be covering all these ways to stop putting off diet change, from how to properly motivate yourself, overcoming barriers like struggling with meal planning, no time to cook, fussy families and general uncertainty around what should and shouldn't be eating.  We'll also look more at mindset around changes and how to manage change in your life.
So don't procrastinate on this and come join my group today!
Take a first small step :)
www.facebook.com/groups/healwithdiet

How to find your ‘why’ and make healthy eating your reality

11 things you need to know about Inflammation